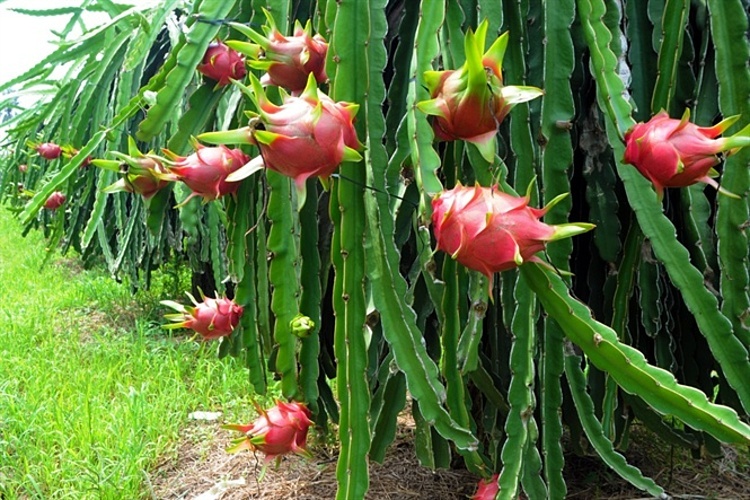 Hanoi (VNS) – PGI status identifies an agricultural product, raw or processed, of which the quality, reputation or other characteristics are linked to its geographical origin.

The PGI applies to agricultural, agro-food and wine products.

Japan will soon make an official decision after an expert council meeting held at the end of September, Head of the National Office of Intellectual Property under the Ministry of Science and Technology, Mr Dinh Huu Phi, was quoted as saying by the Science & Development online magazine.

If the application was approved, Binh Thuan’s dragon fruit would be the second fruit from Vietnam to receive PGI status in Japan, he said.

Earlier this year, Luc Ngan lychees, a delicacy of northern Bac Giang province, became the first to be recognized by the world’s third largest economy.

Nguyen Phuong Thuy, a lecturer of Oriental Studies at the University of Social Sciences and Humanities in Hanoi, said the PGI in Japan means the farm produce was given trademark protection.

A set of regulations on management and control of the origin of the farm produce is required to ensure the quality of produce, once awarded the PGI, said Mr Phi.

Data from the National Office of Intellectual Property shows that, as of December 31, 2020, Vietnam has received 101 PGIs for its farm produce, including six in foreign countries.

Binh Thuan is the province producing most dragon fruits in Vietnam.

The province annually harvests some 700,000 tons of dragon fruits from 33,482 hectares. The land used in growing dragon fruit has increased by 24%, while the fruit yield grown by 35% between 2016 and 2020. Currently, domestic consumption of dragon fruits accounts for about 15% of the total yield and the rest is exported. VNS