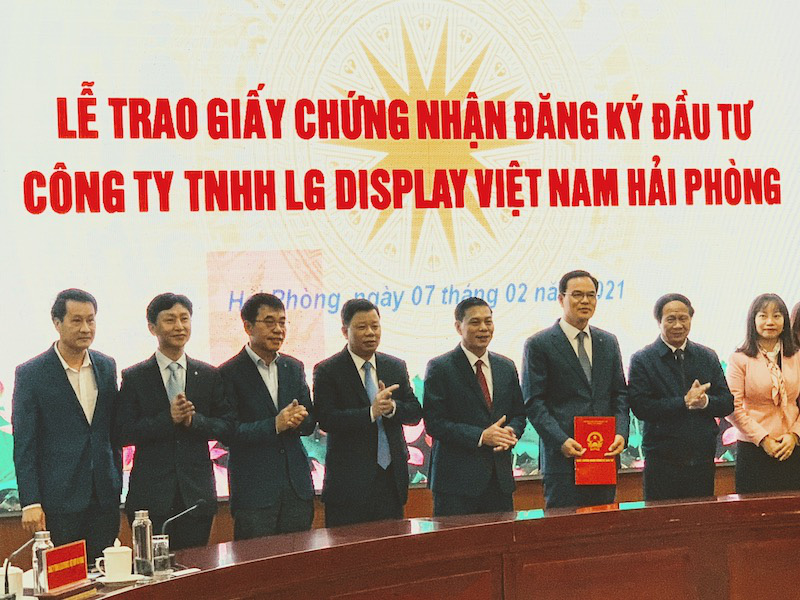 Vietnam is still a popular investment destination for foreign investors, who poured 14 billion USD into the country during the first five months of the year.

Hanoi (VNS) – Vietnam is still a popular investment destination for foreign investors, who poured US$14 billion into the country during the first five months of the year.

With COVID-19 raging, the Regent Garment Factory Ltd., a subsidiary of Hong Kong (China)’s Crystal International Group Limited, still submitted a request to the northern province of Hai Duong to open a new $35 million garment factory in the locality. The request was approved last week.

The investment in the third factory confirms the company’s long-term interest in Vietnam.

Five other investors also received investment licences in the southern industrial hub of Binh Duong province. The largest investment came from Taiwan (China)’s Far Eastern Group, with an additional $610 million for its Polytex Far Eastern factory, which already has investment of nearly $600 million.

Meanwhile, the Cheng Loong Group from Taiwan (China) decided to inject an additional $100 million into its $1 billion paper factory. The project was licenced in late 2015.

Another big name – Procter & Gamble – has poured $44.8 million into a project, raising its investment in Vietnam to $247.8 million. At the same time, Singapore’s New Motion Private Company Limited launched a new project worth $184 million this year, while the Logistics ECPVN Binh Duong project will have investment of over $34.4 million.

A number of other large-scale projects have also received licences since the beginning of this year.

These projects prove that Vietnam remains a favourite destination for foreign investors despite COVID-19. Figures from the Foreign Investment Agency at the Ministry of Planning and Investment show that foreign investment in Vietnam rose 0.8 percent in the first five months of 2021 to $14 billion.

Of the total, newly-registered capital stood at nearly $8.83 billion, up 18.6 percent year-on-year, while additional investment totalled $3.86 billion, an increase of 11.7 percent compared to the same period last year. Investment through capital contributions and share purchases was $1.31 billion, down 56.3 percent year-on-year.

According to the agency, the disbursement of foreign investment was up 6.7 percent to $7.15 billion.

Its engagement in new generation free trade agreements (FTA), including the Regional Comprehensive Economic Partnership (RCEP), the Comprehensive and Progressive Agreement for Trans-Pacific Partnership (CPTPP), and the EU-Vietnam FTA has helped it access free markets in 55 countries and territories, including 15 G20 economies, making it more attractive to foreign investors, according to Deputy Minister of Planning and Investment Nguyen Thi Bich Ngoc.

Among Vietnam’s advantages, she said, are its stable macro-economy and positive growth amid COVID-19, strong support for foreign investors, and the issuance of a series of key laws regarding investment activities as well as special incentives for large-scale projects.