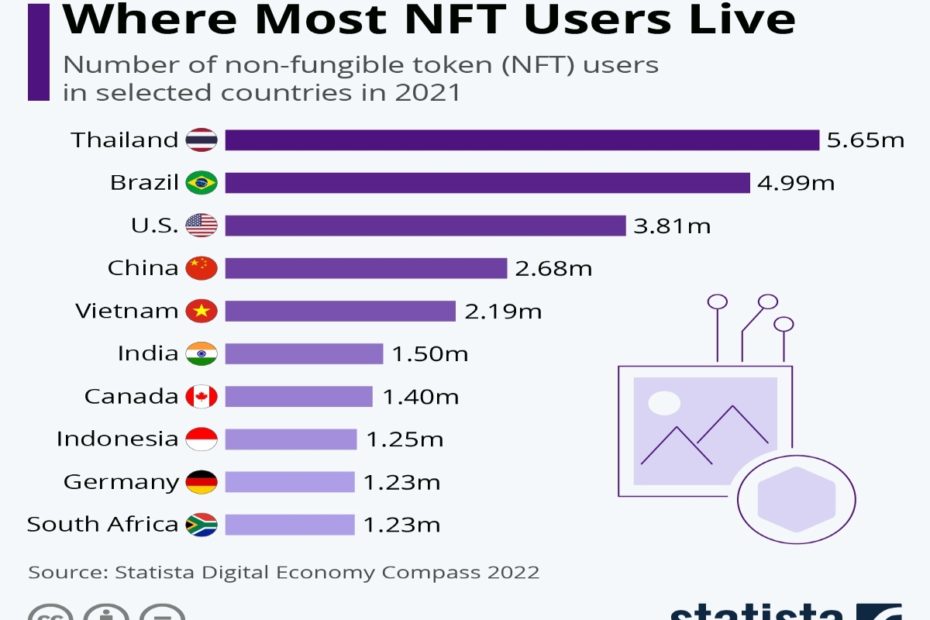 Vietnam among Top 5 of countries with most NFT users

Vietnam is among the five countries with highest number of non-fungible token (NFT) users with 2.19 million people in 2021, according to the Statista Digital Economy Compass 2022.

Thailand topped the list globally, with a total of 5.65 million users.

With 8.08 percent of its population owning digital property, Thailand was also ahead of other countries in the Top 10 largest consumers when population sizes were taken into account.

In Vietnam, NFT users accounted for 2.43 percent of the total population.

The report attributed the rise of NFT in Vietnam to various factors including the popularity of play-to-earn games such as Axie Infinity developed by Vietnamese company Sky Mavis, as well as the growing number of artists displaying their portfolios on social media channels like Discord and Twitter.

Users can also acquire NFTs of virtual land such as blocks of land in a virtual downtown Bangkok during the Metaverse Thailand virtual sale in October.

Meanwhile, another survey by Australian data research company Finder from March to May 2022 also revealed that Vietnam ranks fifth in the world in terms of NFT game players, despite the growing popularity of play-to-earn entertainment platforms.

About 23 percent of surveyed respondents in Vietnam said they play NFT games, and 9.6 percent indicated they continue to do so in the future.