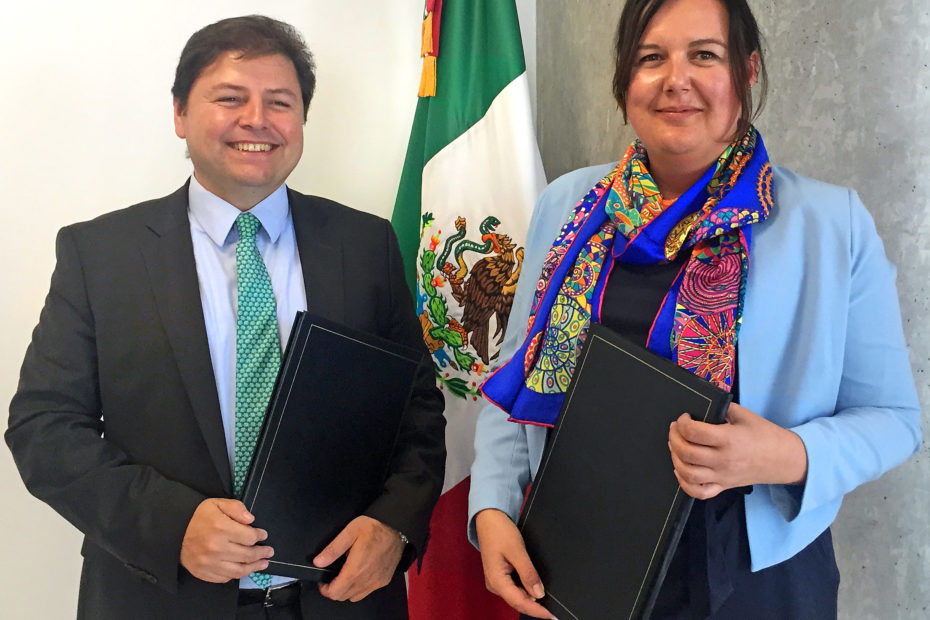 Switzerland and Vietnam endeavor towards an FTA

Vietnam and the European Free Trade Association (EFTA), which includes Switzerland, have been in negotiations for a free trade agreement since 2012. Karin Büchel, head of FTAs/EFTA at the Swiss State Secretariat for Economic Affairs (SECO) shared with SVBG President Thuc Minh where the negotiations have been and what to expect once such an agreement is in place.
The 2020 interview was published in the prestigious Vietnam Investment Review.

Thuc Minh: Where are we now in the negotiations between the EFTA/Switzerland and Vietnam?

The 16th round was held in Oslo, Norway over two years ago and it seems there has been little progress since. Are we facing some obstacles?

In many areas, good progress has been achieved so far and some chapters could already be finalized. Some work still needs to be done in different areas.

As for all negotiations, it is fundamental to gain preferential access covering the main interests and, at the same time, taking into account the sensitivities. For Switzerland, it is also very important to add value with commitments going beyond World Trade Organization agreements, for instance in the protection of intellectual property rights or in the area of government procurement.

What can be done to reach a consensus on the different areas?

In some areas, it must still be determined if a common ground can be found. In Switzerland’s view, the respective free trade agreements that both sides have concluded recently could be helpful and could be used as references in order to find solutions between the EFTA states and Vietnam.

The EU-Vietnam FTA is one example of the agreements recently signed and ratified by Vietnam, but the country is also part of the Comprehensive and Progressive Agreement for Trans-Pacific Partnership. On the EFTA side, we have concluded several agreements in recent years in Asia, for example with the Philippines and Indonesia.

Therefore, we don’t refer to one agreement specifically but hope that our recent respective agreements on both sides could help us solve the last outstanding issues in the negotiations between the EFTA states and Vietnam.

How might trade and investment volumes between Switzerland and Vietnam look like once the FTA is materialised?

The FTA will improve the bilateral market access for trade in goods due to the lowering of tariffs on goods traded between the parties to the FTA. In general, our experience has shown that the volume of trade increases more strongly in the years after the conclusion of an FTA than with non-FTA trading partners.

However, the precise impact of an FTA on the trade between Switzerland and Vietnam is difficult to predict as the development of trade is influenced by multiple factors, such as changes in the exchange rate or in the business cycle.

An FTA between Vietnam and Switzerland would also improve legal certainty for investors. International econometric studies find a positive effect of comprehensive FTAs on foreign direct investment (FDI) flows. Some studies also show that the closer the integration is between countries by means of, inter alia, FTAs, the less likely it is that a company will divest.

The Swiss FDI stock in Vietnam has tripled in the last 10 years to around $700 million by the end of 2018 because of the market potential and an already good investment climate in Vietnam. Additional legal certainty by the means of an FTA would benefit this development.

You mentioned protection of intellectual property rights. Which part of these rights concerns you the most?

Swiss products and services enjoy an excellent reputation both domestically and abroad, which is why indications of source such as “Swiss”, “made in Switzerland”, or the Swiss Cross are being used with increasing popularity. Switzerland aims at protecting such indications, as well as those of our partner countries in free-trade agreements, building on relevant international treaties.

This is important for both countries because companies that invest in local quality are better protected and consumers have the guarantee that a product or service they buy is of the quality and the high standards that the label promises.

In next October, Switzerland and Vietnam will be commemorating 50 years of diplomatic relations. Is there a political will from both sides towards a conclusion of the FTA?

We are fully aware that we commemorate 50 years of diplomatic relations in 2021 and we would of course welcome a conclusion of our negotiations as soon as possible. However, it is not possible to predict when the negotiations can be concluded. We hope that we will soon be able to solve the last outstanding issues and agree on an ambitious FTA which is beneficial to both sides.