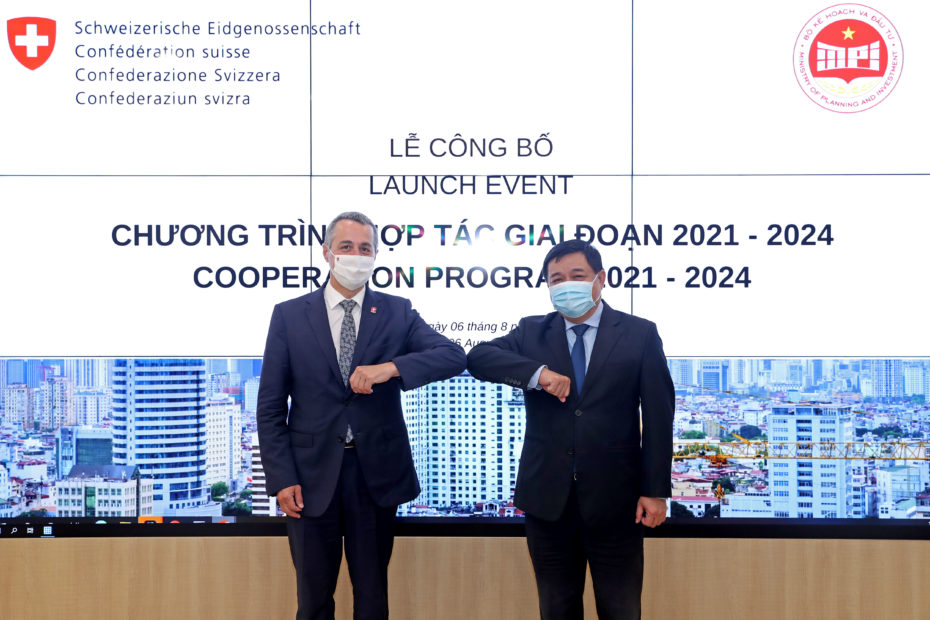 Deputy President and Foreign Minister of Switzerland Ignazio Cassis affirmed during talks this week in Hanoi his country’s willingness to work with Vietnam on concluding the free trade agreement negotiations.

The negotiations between Vietnam and the European Free Trade Association (EFTA), of which Switzerland is a member, started in 2012 and got stalled since 2018 after the 16th round.

EFTA member states are seeking a comprehensive modern agreement with Vietnam, especially after the fastest growing Southeast Asian economy had achieved a landmark FTA with the European Union in 2019 and with the United Kingdom end of 2020. Both had entered in force last year.

“Having entered into free trade agreements with the EU and the UK, an agreement with EFTA would present an opportunity for Vietnam to cement its trade relations in Europe,” said Mr Cassis in Hanoi.

Some hundred Swiss companies are currently operating in Vietnam with an accumulative disbursed capital of nearly US$2 billion for 176 investment projects by mid-2021, according to Vietnam Ministry of Planning and Investment.

In addition to trade relations, during the meeting with his counterpart BUI Thanh Son, Mr Cassis also announced that Switzerland will send CHF5 million in aid to Vietnam next week. The delivery of Swiss Humanitarian Aid is to include 13 tons of medical material, including respirators, as well as antigen tests and protective masks.