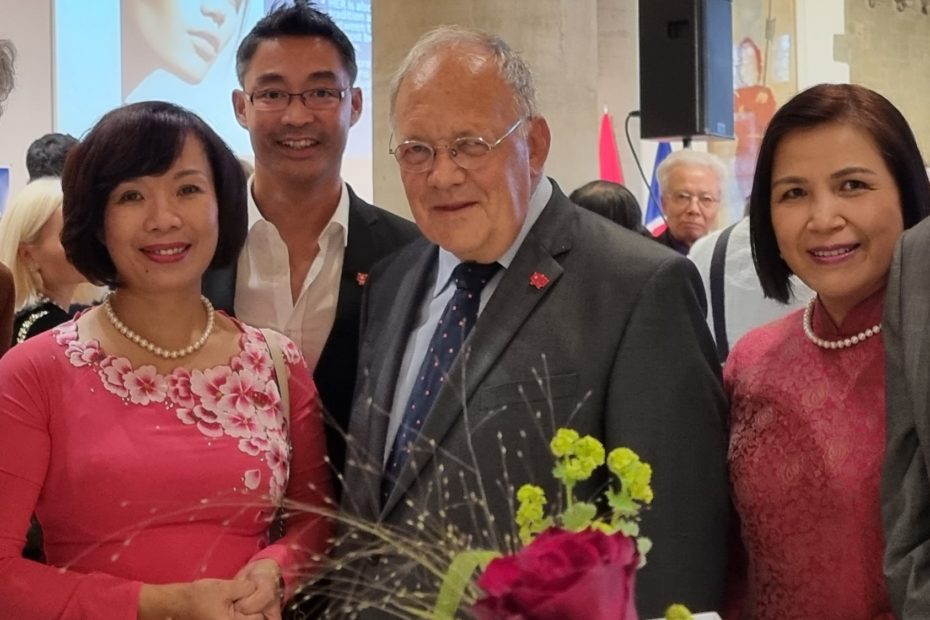 Dr. Philipp Rösler, former Vice-Chancellor and Federal Minister of Economics and Technology of Germany, will be officially sworn in later this month. His appointment was announced at the 76th Vietnam National Day reception in the Swiss capital of Bern on September 1.

This article was published on Vietnam Investment Review.

Bern (VIR) – The reception also commemorated the 50th anniversary of diplomatic relations between Vietnam and Switzerland and the 30 years of bilateral development cooperation.

Representing the Swiss government to the ceremony were Ambassador Raphael Nägeli, head of the Asia-Pacific Division at the Ministry of Foreign Affairs, and several members of the State Secretariat for Economic Affairs (SECO).

Ambassador Nägeli in his congratulatory note to the Vietnamese people announced that the Swiss government had approved Vietnam’s proposal to appoint Dr. Philipp Rösler, who has settled in Switzerland since 2014, to be honorary consul of Vietnam to the Swiss cantons of Zurich and Zug.

Rösler was born to Vietnamese parents in Soc Trang province of southern Vietnam in 1973 and was adopted by a German couple who brought him to Düsseldorf, West Germany, at the age of nine months.

After leaving German politics in December 2013, the medical-trained politician joined the Geneva-based World Economic Forum as a member of the managing board and head of the Centre for Regional Strategies until late 2017.

He has since entered the corporate world, joining the advisory boards of several companies.

In 2020, he founded Consessor AG, a consulting firm based in canton of Zug to advise companies on strategic management and internationalisation.

An official ceremony to swear in Dr. Philipp Rösler will be arranged later this month, said Le Linh Lan, Vietnamese Ambassador to Switzerland and Liechtenstein.

Talking on the sidelines of the reception, Ambassador Nägeli evaluated that the environment for Vietnam and the European Free Trade Association (EFTA), of which Switzerland is a major member, to conclude the current free trade agreement (FTA) negotiations is “very good”.

“As Vietnam already has an FTA with the European Union, that helps set the standards for the FTA between Vietnam and the EFTA,” said Ambassador Nägeli.

“Switzerland doesn’t accept anything lower than those standards,” he added.

Asked about Swiss protectionist policies against imports of agricultural products, a sector which accounts for a sizable part of Vietnam’s export performance, Ambassador Nägeli acknowledged there exist such measures, but “they mostly do not affect Vietnamese produce”.

Concurring with the ambassador, economics professor Mathias Binswanger of the University of Applied Sciences and Arts Northwestern Switzerland, said the Alpine country does not have many agricultural products that Vietnam do, such as rice, tropical fruits, coffee, cashew nut, and seafood.

One sector where Vietnam could attract huge investments from Switzerland once an FTA is in place is IT and fintech.

Founder and president of the Swiss-Vietnamese Business Gateway (SVBG), Nguyen Thi Thuc, shared that since the launch of SVBG in March this year, her foundation has received several requests from Swiss fintech companies that look for Vietnamese market information, sectoral regulations, qualified employees and potential partners for their Asia expansion plans. VIR